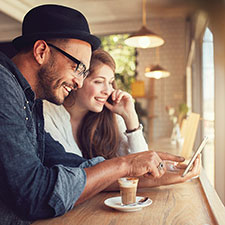 There’s a famous quote, usually attributed to Mark Twain – “Find a job you enjoy doing, and you’ll never have to work a day in your life”. It’s definitely a romantic way to think about one’s profession. There’s no doubt that people who genuinely look forward to going to work and embracing the day’s challenges are happier, more fulfilled, and more successful in terms of their career paths. Unfortunately the reality is that very few people are fortunate enough to derive income from doing something they’re passionate about. Even those that say they love their jobs don’t love them every day. If you feel like you’re in a rut with your career, it’s something to think about. Even more so if you’ve ever thought about running a restaurant, daydreamed about dropping out (of study or work) to write your first novel or screenplay, or anything along those lines. The lucky few who do love... A little adrenaline can be a good thing

We all know what it feels like to be stressed. For most of us, it is a hallmark of our daily lives. While the word has very negative connotations, stress can actually drive us forward. That surge of adrenaline we get when tackling something out of our comfort zone helps us to achieve our goals. The challenge is managing stress so that it helps rather than hinders us. In our lives we move between brief periods of 'fight or flight' and longer periods of 'rest and digest'. These are governed by the levels of cortisol and adrenaline in our system, and all sorts of things can trigger them. Obviously, these days we are very rarely in mortal peril, so more often than not stress is triggered by simpler things in our lives; our job, our relationships, and our ability to achieve our goals. What is good stress? Known as eustress by psychologists, good... Are you ready for the new financial year?

The end of the financial year is the cue for most of us to look at our financial position heading into tax time. Hopefully you’ve made progress towards your goals. But if you find that your expenses are trending higher than you’d like or—shock, horror!—higher than your income, this could be the perfect time for a fiscal makeover. The starting point is gathering up as much information as possible, beginning with the household budget. Take a budget snapshot You can’t set realistic financial goals and savings targets without knowing how much money you have at your disposal. If you don’t already track your income and spending, then take an annual snapshot as you go through your records to prepare your annual tax return. Deduct your total spending from total income and what’s left is what you have to work with. Any surplus could be used to kick start a regular savings plan. If you... Home and away with super

Australians buying their first home or downsizing in retirement are about to receive a helping hand thanks to new superannuation rules which come into effect on July 1. From that date, first home buyers will be able to contribute up to $30,000 into their super fund towards a home deposit while downsizers can put up to $300,000 of the proceeds of selling the family home into super. This new measure has been devised to assist first home buyers, many of whom have struggled to save a deposit as rising prices put even entry level properties out of reach. At the other end of the scale, the change is envisaged to help older homeowners who frequently find themselves in large houses while trying to survive on a modest super balance or the aged pension. Here’s how the Federal Government hopes to improve the situation at both ends of the property market. Buying a home Under the...

How Blockchain is already changing your world

Although we are only at the tip of the iceberg of blockchain’s immense potential, industry leaders like Bob Greifeld, CEO of Nasdaq, have already pegged the emerging technology as “the biggest opportunity set we can think of over the next decade”.i From the humble origins of Bitcoin, blockchain has since captured the imagination of everyone from Richard Branson to Bill Gates and virtually every large financial institution on the planet. Its purpose? To maintain the truest representation of data and transactions throughout the world, by minimising fraud, human error and even system failure. And that’s without mentioning the financial benefits – for example an estimated $6bn per year is anticipated to be made in global savings by streamlining the clearing and settlement of transactions.ii Blockchain is changing the way business is done all around the world, both for transactions as well as data processing where accuracy and security is paramount. If that sounds... It’s time to talk about debt

Australia’s household debt is among the highest in the world and rising, thanks largely to worsening housing affordability and plentiful consumer credit. So how do we measure up and should we be worried? Most global comparisons measure total household debt as a percentage of net income. At last count, Australia’s household debt to income was 213 per cent, the fifth highest in the developed world according to the OECD.i Good debt vs bad debt Debt is not necessarily bad if it’s used to grow wealth and you have enough income to service your loans. After all, borrowing to buy a home has been the cornerstone of wealth creation and financial security for generations of Australians. Borrowing to invest in assets such as shares and property that repay you over the long term, rather than the reverse, is also regarded as good debt. Bad debt arises when you borrow to pay for things that don’t... Can you afford for your adult kids to live at home?

Parents with adult children still living at home have the best of intentions to help their kids get ahead, but they might be putting their own financial futures at risk. At the time of the 2016 census, almost 400,000 non-dependent children aged 25 to 34 were living at home1, an increase of 20 percent from five years earlier.2 Why the increase? Record high levels of house prices and rents3 and a challenging job market4 are two factors keeping kids in the parental home longer. Also contributing are the trends for young people to participate more in higher education, marry and have children later.5 Kids paying their way Gold Coast solicitor, Ashley Bennett and his retail merchandiser wife, Julie have two daughters, Hayley, 24 and Lauren, 22. Both daughters have paid around $100 per week board since they left school and started in their first jobs. In the past, when Hayley’s boyfriend lived in the Bennett home, he... 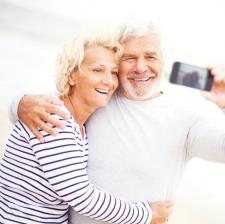 Aged care can be a tough subject for many families to broach, but as we enjoy longer lives, there’s a growing likelihood that at least part of our final years will be spent in formal care. The decision to move into aged care doesn’t just come with a raft of emotional issues. There are also financial considerations. That’s because nursing home accommodation can involve substantial costs, especially for self-funded retirees. The costs involved New residents entering aged care are often asked to pay an upfront accommodation bond. There is no set level for this bond – the only proviso is that residents must be left with at least $46,500 in assets (excluding the family home) after the bond has been paid. An accommodation bond works like an interest-free loan to an aged care home. Any income earned from the bond is used by the aged care home to improve accommodation and services for residents. As...

Have you ever turned down an invite or a challenge and said something like “I could never see myself doing that!”? Do you see people around you achieving amazing things, and wonder how they were able to take the plunge to start trying in the first place? If you’re having trouble reaching your goals, there’s a strategy you need to get familiar with: creative visualisation. What is creative visualisation? Creative visualisation is a concept that’s been around for some time in various forms. For example, in some religions, it’s common to include a picture or token of the goal in a prayer ritual. While in what can most politely be termed ‘new age’ philosophy, it’s thought that thinking frequently and intensely about the item or the situation in question will help it to ‘manifest’. For most people though, it’s a matter of brief, simple meditation. If you’re having trouble being motivated by numbers on...

Changes to Superannuation loom large for many

In May 2016, the Government announced a raft of proposed tax changes to the superannuation regime as part of the 2016-17 Federal Budget. The legislation was finally passed by Parliament on 29 November 2016 however a number of regulations which effected parts of the legislation were not finalised until February/March 2017. We've spent the past few months sifting through the legislation in order to gain an understanding of how these changes will impact your superannuation. The key superannuation reform changes which take effect from 1 July 2017 and are likely to impact many clients’ superannuation strategies are as follows: Non-concessional contribution cap reduction from $180,000 pa to $100,000 pa Concessional cap reduction to $25,000 pa for all age groups Earnings tax exemption removal on assets backing Transition to Retirement (TTR) pensions Removal of “10% test” to claim a tax deduction for personal superannuation contributions Introduction of $1.6 million Pension Transfer Balance cap Introduction of...