Australia’s household debt is among the highest in the world and rising, thanks largely to worsening housing affordability and plentiful consumer credit. So how do we measure up and should we be worried? Most global comparisons measure total household debt as a percentage of net income. At last count, Australia’s household debt to income was 213 per cent, the fifth highest in the developed world according to the OECD.i Good debt vs bad debt Debt is not necessarily bad if it’s used to grow wealth and you have enough income to service your loans. After all, borrowing to buy a home has been the cornerstone of wealth creation and financial security for generations of Australians. Borrowing to invest in assets such as shares and property that repay you over the long term, rather than the reverse, is also regarded as good debt. Bad debt... 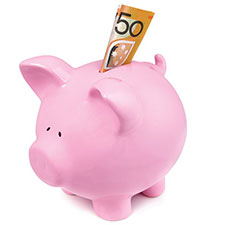 18 Mar Buying a Property with your De facto Partner

When applying for home loan finance with your de facto partner, one of the first questions you will be asked is what kind of tenancy agreement you wish to take out: joint tenants or tenants in common? Your answer will depend on many factors, including how you plan to share the costs and liabilities of home ownership. As your mortgage broker, we can talk you through the options and provide individualised advice for the following issues. Joint tenants vs. tenants in common Joint tenancy means that you both own the property together equally. If you decide to sell, the property must be sold as a whole. Your partner will automatically gain ownership of the property if you die, without the need for a will. The alternative is tenants in common. Under this arrangement, you will both own a share of the property, which you...

17 Mar Are you Making these 6 Mistakes while Saving for a Home Loan Deposit?

Everyone wants to shortcut the time it takes to save for a home loan, but some shortcuts are more dangerous than others and can risk your ability to secure a loan. Here we’ll alert you to some of the bad practices that can cost, rather than save, time and money. 1. Don’t use a personal loan to cover your home loan deposit Lenders want to see that you are capable of consistent, ongoing savings, which reflects your capacity to repay a loan. Personal loans or any other borrowed funds are usually perceived as ‘non-genuine’ savings. There are lenders who will allow non-genuine savings as a deposit source if borrowers can demonstrate a good income, clear credit history, little debt, and a certain level of savings. Restrictions may also be placed on how much can be borrowed. Even if you choose not to disclose to...

Australians love to save money on food and fashion, yet could be missing out on much larger savings by not switching home loans. The nationwide research conducted by University of Technology (UTS) and Heritage Bank, looked at why people do and don’t refinance. While it found that Australians are continually looking to make savings on the things they connect with emotionally, like clothing and travel, they focus considerably less on major life purchases such as home loan, credit cards and energy providers. Researchers found that almost a third think switching home loans is too much trouble. A further 28% said they did not switch because they perceived the cost of switching was not worth the time and effort. Contrary to this popular belief, switching home loans was found to bring significant savings. The respondents who did switch enjoyed savings of up to $3,000 per... 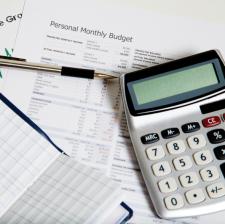 26 Jan How to know which self-employed loan to choose?

You’re self-employed and you need a home loan. Should you take out a low doc loan or would a traditional home loan be a better choice? The answer depends on your individual situation. Both options have pros and cons, just as every lender has different lending policies and some are more open to receiving self-employed home loan applications than others. As your mortgage broker, we know who these lenders are and what criteria and documentation you’ll need to achieve a successful application process. If you take the low doc home loan path… Know that it is unlikely you will be allowed to borrow more than 80% of the value of the property and you will probably pay Lenders Mortgage Insurance (LMI) if you are borrowing over 60%. You may also be charged a slightly higher interest rate to account for the extra26 risk that... 17 Nov 6 Home Loan features you need to know about

You wouldn’t buy a car without considering features like parking sensors, cruise control and Bluetooth, just as you wouldn’t choose a home loan without taking into account its features. The trick is deciding what will add value, and what you can do without. Some features offer potential savings, while most others provide the certainty of added convenience and flexibility. As your mortgage broker, we can help explain the pros and cons of features like the following. 1. Extra repayments – at no extra charge The ability to pay extra on top of the minimum repayment could reduce your loan principal and interest, helping you pay off your home loan quicker. Be sure to check that unlimited extra repayments come at no charge –  some loans will cap the amount you can repay or will charge you a fee for paying off the loan early. 2.... 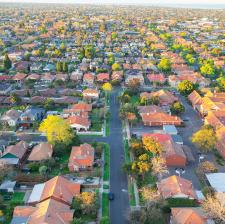 A property that sits vacant while you look for tenants can really hurt your cash flow, but it’s a problem many landlords face. Regardless of whether you have hired a Property Manager or you are leasing the property yourself, use these strategies to improve your chances of attracting tenants. Make it convenient Make sure it’s easy for potential tenants to contact you and view your property. This means responding quickly to enquiries and creating convenient open home times. Opening your property after hours and on weekends will bring more people through the door than restricting openings to business hours. Create a good first impression Great photos that highlight your property’s features can make all the difference to whether your online listing attracts attention. Have a look at your photos from the point of view of a potential tenant and consider whether they present a good... 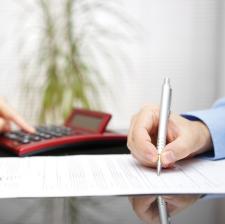 When it comes to shopping for a property, home loan pre-approval can give you the winning edge. It shows real estate agents that you are serious about buying a home and it places you in a good position to move quickly and get your finances sorted ahead of other buyers. Although it is not a guarantee of how much you can borrow, a pre-approval gives an indication of what you can afford. Like any type of shopping, it helps to know in advance where you can safely buy and where you can only window shop. There is no cost involved to obtain pre-approval and as your mortgage broker we can guide you through the process, helping you to understand your borrowing capacity and the type of home loan that might suit. When to apply Apply for pre-approval once you are ready to take the...

Struggling to save enough to buy a property? You may want to ask your family if they can provide a helping hand in the form of a family guarantee loan. This is when the equity in a family member’s home is used as security on your loan. Also known as a family pledge or guarantor home loan, it is a type of mortgage that allows you to borrow more money and provide less of a deposit. Usually when a loan is more than 80% of the purchase price (80% LVR) you will have to pay lenders mortgage insurance, but a family guarantee means you won’t have this extra expense. It’s even possible to avoid paying any deposit because the equity in your family’s home can act as a deposit. This ‘guarantee’ makes it possible for you to borrow the full 100% cost...

We’re holding onto our homes for longer. That’s the message from a Core Logic RP Data study that shows the average time Australians keep their houses without selling has increased significantly over the past decade. The average length of time a capital city house is owned has climbed by nearly four years since 2004. Comparing homes in capital cities which were sold in 2014, houses are now owned for an average of 10.5 years and units for 8.7 years. In 2013, the average hold period of homes sold was 10.1 years for houses and 8.4 years for units. It’s a trend evident across all capital cities, with Melbourne homes staying with their owners for the longest period – an impressive 11.8 years for houses and 9.7 years for units. Even in Adelaide, where owners kept their homes for only 4.8 years in...